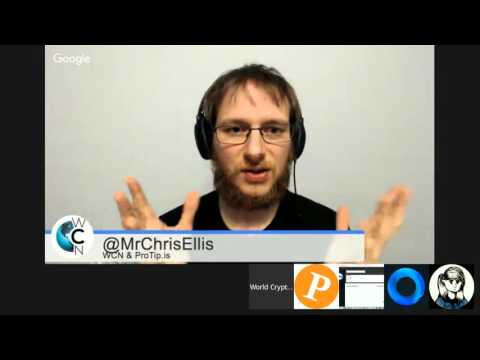 What are you favourite ways of categorising personality types?
Joke: Big 5
Broke: MBTI
Woke: Zodiac Sign
Bespoke: Which Veggietales Character Are You?
In all seriousness, I love finding interesting new ways of categorising personalities. I've taken MBTIs, Big 5s, Personality Disorder tests, and Hogwarts House quizzes more times than I can count. Even if a given schema isn't scientifically robust, it can serve as a useful shorthand among a knowing audience - you can communicate a lot by saying things like "he's a typical fucking Aries" or "he thinks he's an Aragorn but he's actually a Boromir".
I'd love to hear what schemata others have come up with, but one useful little framework I've devised and found surprisingly adaptable is to carve up people into Pragmatists, Romantics, Analysts, and Fundamentalists. Pragmatists are relatively unreflective and just want to get on with life. Romantics are driven by emotion and beauty. Analysts are self-conscious optimisers who value truth and knowledge. And fundamentalists operate on the basis of axiomatic principles that structure everything else they do. Pragmatists think the other types are out to lunch. Romantics think the other types are boring and cold. Analysts think the other types are stupid and unreflective. And fundamentalists - insofar as they understand the other types at all - think of them as benighted and deprived of some basic insight.
I don't think this framework is particularly useful in classifying people tout court, but it's quite intuitive to apply to particular domains. Consider Christianity, for example. A Pragmatist Christian goes to Church because that's what they've always done and the Minister gives funny sermons and it's a good opportunity to chat about what's happening in the community. A Romantic Christian is a William Blake type - they're moved to tears every time they listen to Allegri's Misere, and love Kierkegaard. They've probably been to Taizé. Analyst Christians are impressed by the Cosmological Argument, have a signed copy of the Summa Theologica, and privately worry a lot about the problem of evil. Finally, a Fundamentalist Christian cleaves to a few basic principles - maybe that's biblical literalism, but it could equally be a single moment of personal revelation they had that they've subsequently built their life around.
Science is another nice example. The Pragmatic Scientist would like to finish the paper they're working on, get a publication in Nature, and secure a juicy grant. The Romantic Scientist gazes at the stars at night feeling a mix of terror and wonder. They think about the Fermi paradox ten times a day. They probably love Carl Sagan. The Analyst Scientist likes metanalyses, worries about the replication crisis, and complains about the statistical incompetence of their peers. The Fundamentalist Scientist is in a ten year back-and-forth publication battle with a rival at Stanford who they consider to be a fucking idiot who doesn't grasp the obvious truth of Modified Newtonian Dynamics. They are possibly a fan of Richard Dawkins.
I also see a nice mix of these personality types in the Rationalist community. Probably the Pragmatists Rationalists are the least well represented, but they're around. They started reading Less Wrong after they started working for an algorithmic trading fund and it was recommended to them by a coworker. They're always on the lookout for inadequate equilibria they can exploit. They bought BitCoin early and used the money to fund their EVE Online Corp. They frequently makes comments like "Well if you really believe that, you could make a bunch of money on PredictIt right now." They use Modafinil three times a week and can't understand everyone doesn't do the same. Naturally, they're one-boxers. The Romantic Rationalists, by contrast, probably came into the movement after reading Kurzweil and Bostrom. They worry a lot about consciousness and frequently flirt with panpsychism. They love Scott Alexander and CS Lewis and have read Harry Potter and The Methods of Rationality seven times. They sometimes worry that they've given themselves HPPD from microdosing but aren't sure if things always looked that way (or maybe it's just their new polyphasic sleep schedule?). The Analyst Rationalists got into Rationalism via reading u/gwern or maybe listening to Rationally Speaking. They find Newcomb's problem deeply disturbing but find One Boxers to be baffling and annoying. They try not to think about Roko's Basilisk (sorry for mentioning it). They take 2mg of melatonin to sleep at night but worry that they're becoming dependent. They see the obvious appeal of Mealsquares. They use unnecessary formalism at every opportunity. They actually read the fucking article you just posted. Finally, Fundamentalist Rationalists probably came across Less Wrong at a delicate age and were immediately convinced by the obvious and irrefutable truth of Timeless Decision Theory, HBD, antinatalism, or Bayesianism. They are up to 20g of Phenibut a day but have no intention of tapering. They either love or despise Nicholas Nassim Taleb. They once broke up with their girlfriend because she was a Frequentist. They have probably been banned from the Culture War Thread at least once.

What's next for bitcoin

Here's a brief list that's just a fraction of the positive news. Does anyone have anything to add to the list or any suggestions on things to change?
Future
Videos that really explain where we are headed